There’s more to keeping you pearly whites precisely that than a bit of brushing and the odd visit to a dentist. Take a look at these dental dos and don’ts and teeth whitening tips.
#1 Avoid Fizzy Drinks
Carbonated drinks (including the diet variety and sparkling water) can cause your teeth to look older than they really are. These drinks are so highly acidic that they can actually dissolve the upper layers of the tooth. They contain high amounts of phosphorus – a mineral that can leach calcium from your bones if you consume too much and some scientists believe they can weaken your jawbone, increasing the chance of losing teeth. 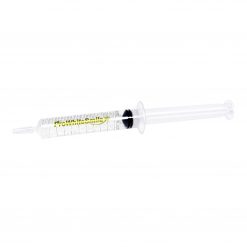 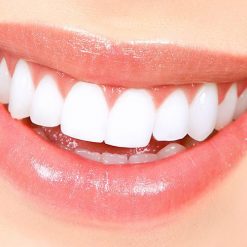 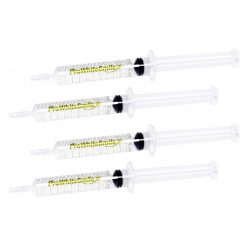 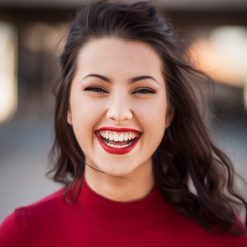 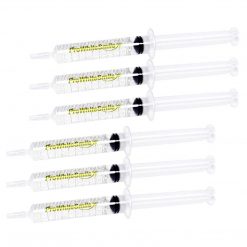 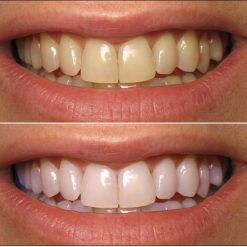 £49.99
Select options
Some researchers believe calcium is first robbed not from your hips or spine but from your jaw, leading to tooth loss. We see a number of young people who have the jaws of much older people, because of poor dietary habits such as drinking soda, along with not getting enough calcium.
#2 Chew your Food
Foods that work on the teeth like detergents are foods that require chewing. Apples, celery and carrots clean teeth naturally and foods such a spinach, lettuce and broccoli prevent staining by creating a film on the teeth that acts like a barrier. Major strainers will take their toll on your smile sooner of later, so steer clear of tea, coffee, red wine, and highly pigmented foods such as cherries and blueberries anything in fact, that will stain a white shirt.
#3 Don’t take Drugs
Ecstasy causes jaw clenching in users. A study found that 60 per cent of ecstasy users examined had worn their teeth through the enamel and into the underlying dentine, compared with only 11 per cent of non-users. As for cocaine rubbed on gums, it restricts blood flow, traumatizes the tissue and inhibits nutrition of the gums. Remember gums keep teeth in place.
#4 Quit Smoking
Smoking causes staining of the teeth and bad breath and increases the risk of oral cancer and gum disease, as it constricts blood flow to the gums. In fact, some gum specialists feel it’s not worth providing advanced treatment for gum disease in smokers, as there is very little chance of improvement. Smoking one pack a day for 10 years can cause a 10 per cent loss of bone support. Long term studies reveal that most tooth loss in 19 to 40 year olds is associated with smoking more than 15 cigarettes a day.
#5 Stop Biting Nails
Habitual nail chewers damage more than their cuticles; they can damage their teeth, too. If you have weakened enamel, you end up with an exposed, dented, soft area in the center of the tooth. And that’s when the problem occurs. The denting is much softer than the enamel and if exposed to bad habits such as chewing nails, opening beer bottles, it will wear down. Often the middle part dissolves quicker than the outside and the brittle enamel is very prone to chipping, making the teeth look uneven and unattractive.Find out more teeth whitening tips by reading our blogs

We use cookies on our website to give you the most relevant experience by remembering your preferences and repeat visits. By clicking “Accept All”, you consent to the use of ALL the cookies. However, you may visit "Cookie Settings" to provide a controlled consent.
Cookie SettingsAccept All
Manage consent

This website uses cookies to improve your experience while you navigate through the website. Out of these cookies, the cookies that are categorized as necessary are stored on your browser as they are essential for the working of basic functionalities of the website. We also use third-party cookies that help us analyze and understand how you use this website. These cookies will be stored in your browser only with your consent. You also have the option to opt-out of these cookies. But opting out of some of these cookies may have an effect on your browsing experience.
Necessary Always Enabled
Necessary cookies are absolutely essential for the website to function properly. This category only includes cookies that ensures basic functionalities and security features of the website. These cookies do not store any personal information.
Non-necessary
Any cookies that may not be particularly necessary for the website to function and is used specifically to collect user personal data via analytics, ads, other embedded contents are termed as non-necessary cookies. It is mandatory to procure user consent prior to running these cookies on your website.
SAVE & ACCEPT